Large-Scale Land Transactions and Their Socioeconomic and Environmental Impacts 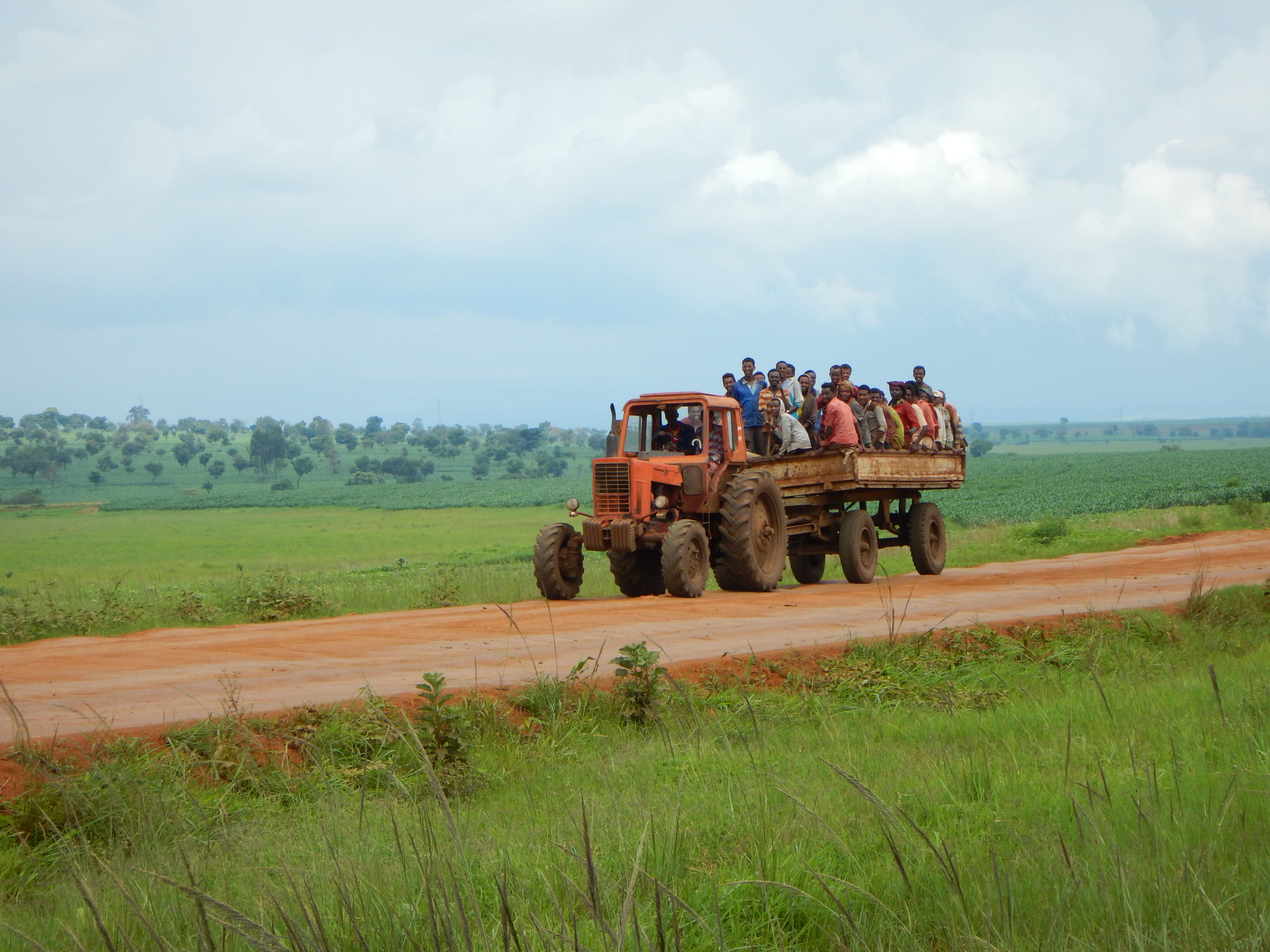 Workers being transported to farm plots in western Ethiopia

Description: Land transactions and resulting tenure alterations change how various actors interact with the land, and the well-being of human communities and environmental systems. Control over land enables the cultivation of new commodity crops, deployment of new agricultural practices and technologies, and sale of produced commodities for new uses and markets – with associated impacts on food-energy security, human well-being, and ecological processes. The scale and pace of changes in land ownership and access has increased rapidly in the past decade across the lower-income tropical countries where the United States, together with other higher income countries, has made large investments. The far-reaching scope and impacts of such transactions need to be addressed through rigorous, quantitative analyses. Our research on large-scale land transactions focus in particular on agricultural, ecological, and food and energy security outcomes. Our research will generate new data that will be available for public use by other scholars and researchers, train scientists in the United States and build greater research capacity among our collaborators, and produce findings that will hold practical interest for decision makers in government agencies, NGOs, and donor organizations.

Cattle herds waiting to be watered in southern Ethiopia

Description: The overarching goal is to enhance the sustainability of pastoral systems by investigating the feedback mechanisms between rangeland vegetation dynamics, pastoral behaviors and well-being, and resource-use patterns in savanna-steppe biomes given emerging socio-ecological challenges. Specifically, this project aims to examine the socioeconomic and ecological effects of various mobility strategies in pastoral communities in East Africa and Central Asia by creating a novel integrated landscape dataset with information on rangeland vegetation states and transitions, livestock dynamics, herd mobility, pastoralist well-being, institutional arrangements, physical and climate variables, and socioeconomic transformations. The project applies spatiotemporal analyses and various modeling approaches to rigorously investigate the socioeconomic and ecological outcomes at regional, community, and household levels. The findings shed light on how mobility changes influence the development trajectories in the human and natural components in the coupled systems situated in rangeland contexts that cover 41% of global land area.

Description: Energy transitions are taking place at an unprecedented pace in the Global South. Cheaper, cleaner energy has been the goal of many past development efforts, and today this goal is nearer our grasp than ever before. This project aims to contribute to emerging discussions in the energy transition literature that highlight the importance of understanding and theorizing the diversity, determinants, impacts, and interactions of energy transitions. At the global level, our systematic review of literature reveals various social, economic, and institutional constraints to adopting renewable energy sources, despite the potential to improve the livelihoods of poor households. At the country level, we evaluated China’s recent policy to alleviate poverty through photovoltaic (PV)-based interventions. We also collected empirical evidence from Tibetan villages in western China in 2019 to investigate the ground implementation of PV-based development interventions, and the findings show that future efforts need to sufficiently consider local contexts and demands in pastoral regions, and promote local engagement towards facilitating energy transition and poverty reduction.

Description: Urban green space has been associated with a wide range of health benefits, but much of the pertinent evidence has relied on labor-intensive direct observation of utilization, self-reported health indicators and/or experiments in artificially controlled environmental conditions. User-generated online social media content, characterized by its large volume and near-real-time velocity of generation, is a valuable source of big data to geovisualize spatiotemporal utilization of urban green space. In addition, the semantic signal associated with social media data can be used to infer users’ spatial behaviors. This project aims to examine urban green space utilization patterns and recreational behaviors in nine parks in Shanghai, China. Specifically, the team integrate massive Sina Weibo check-in data, existing remote sensing images and urban green space attributes, GPS-tracking of recreational behaviors, and advanced statistical and modeling analyses to visualize hourly, daily, and seasonal use of urban green space, and examine how park features and user characteristics affect recreational behaviors. Findings from this project will be of practical interest to decision makers to enhance accessibility and health benefits of urban parks in general.